André Santisi was born as the youngest of 6 children on may 19th, 1980 in Bonn- Beuel, Germany.

His mother Cristel Maria, coming from the Sauerland was working as a baby nurse after moving to Düsseldorf.

After his two brothers and three sisters moved out of the shared house, André was growing up alone with his mother. But he enjoyed a sheltered childhood.

Music was always a big theme in the whole family, because André´s siblings were dancing and playing music in a big carnival band, which also won several prices.

At the age of 11 André explored the love for the music of Michael Jackson. As a big fan of his idol, André always had fun, to imitate and perfect the steps of the king of pop.

After André got a lot of encouragement on several small appearances as Michael Jackson on Children events in 1995, he decided to invest more time into his hobby. So this was followed by several appearances in the region.

From 1997 to 2000 André Santisi graduated a regular apprenticeship in the trade and worked part-time on his career as Michael Jackson performer. In collaboration with a dedicated team and many months of work, André was able to participate in a major charity event with many Michael Jackson fans. The proceeds were donated to the Children's Cancer Society. This was followed by some charity appearances at public events in the region again.

André enlarged his team to several dancers who made the show even better. From 2000 to 2008, he and his team graduated many Shows in Germany and foreign countries, beside his mainjob in the trade. There were also happening some shows again for charity such as the Ronald McDonald Foundation.

Santisi designed bigger shows and brought his own creativity in terms of costumes, music and dance, and didn´t only want to copy Michael Jackson, but give the audience the same feelings and values with his own talent.

A great addition to his career was the German production "Who's Bad" – Live, in 2009 and 2010. This tour through Germany and Europe was giving André the opportunity to focus completely on his talent as a Michael Jackson performer and artist and to develop this further..

So he began to sing some live vocals for the first time on stage and he was able to involve hisself as an artist into the show.

„I´ve never been bothered by impersonators before. But for you it´s freaking me out just because you do it very well".

For André Santisi Michael Jackson is a role model as an artist and human being. Most of his work will always be inspired by the King of Pop.

André hopes that he´s able to entertain the fans with the „Michael- Feeling" for a long time. 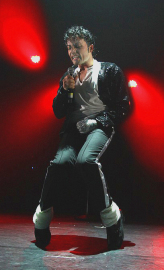 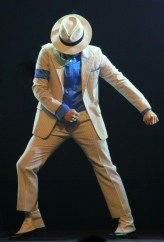 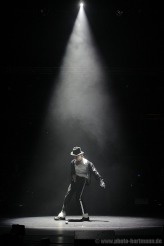 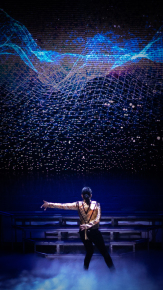